Oh, yay. They found us. Them too. OK, let’s talk about this.

But before we get into the long-winded discussion about whether these lists and awards are actually meaningful (they’re not) or based on any kind of reality (loosely, at best) and approach this pragmatically – let’s speak to the potential English-reading visitors who may have stumbled upon this page.

While we could talk about some of the efforts to make this city more than a museum, it’s probably not very interesting for you – you’re just passing through. On the small chance that the kind of people who take advice from the Lonely Planet actually end up reading this article, here’s nine (yes, nine, because that’s just where I landed) tips for visiting Salzburg and *not* behaving in a manner which makes the people who pay rent and have jobs here roll their eyes royally – whether they’re locals or immigrants like myself.

And listen, if you don’t work in media, maybe these lists or awards seem to hold some weight for you. Let me enlighten you: IT’S ALL BULLSHIT. That is not to say that many of the places on these lists are not worth visiting. Truly, they are wonderful. But they are not ’the best’, because no such thing exists. Anyone who’s traveled for real would never give you a single answer to the question “What’s your favorite place to visit in the world?” because open minds realize there isn’t a singular answer.

“If you arrived on a bus, are traveling in a group larger than 8, and aren’t a teenager, you’re doing it wrong.”

These bits of advice are compiled after decades of wandering the world and spending serious time in places other people go on vacation. I’m not even sure if I should be the one writing this – see the aforementioned immigrant thing – but since English is my native language, and you, dear visitor, probably don’t read German, I’ll just go ahead and tell you what everyone else is muttering in Dialekt. Prepare for some holier-than-thou, high-horse snobbery, because after a wonderful Festspiel season and Christmas markets fast approaching, we’re not holding much back!

If you arrived on a bus, are traveling in a group larger than 8, and aren’t a teenager, you’re doing it wrong. Look, I get it. Different cultures and different generations approach travel and tourism differently. But let’s get at what that core experience is supposed to be: something new. If you surround yourself by what’s familiar and comfortable or convenient, how much are you really learning about where you’re going and what you’re doing?

This city is about much, much more than Mozart or… that musical. You know which one. And honestly – really, honestly – most of us just switch into automatic ‘uh-huh’ mode if you start talking about it. How would you expect a Parisian to respond if you said, “Don’t you just love living in the City of Light?!?’ They’d tell you to F right off in the most French way possible. Go hike up a hill, swim in the lakes, or check out a (maybe modern) concert.

We’re not sure if we actually want to tell you what our best restaurants are. You might find them if you ask the right people, in the right way, and do some research. And you need a reservation. Really.

Coming back to point number 1. We know your group of 30 people led around by a guy on a bullhorn or carrying a flag on a stick – just keep your ears open in case people are trying to get by. It’s going to sound like ‘Entschuldigung’ (the local version) or even probably ‘Excuse me’ because YOU SHOULD UNDERSTAND THAT WHEN PEOPLE SAY ‘EXCUSE ME’ TO YOU, YOU MIGHT BE THE ONE BEING RUDE.

“Bussing in, hanging around for a few hours, and bussing out doesn’t mean you visited a place, it means you went on a field trip like a fucking middle-schooler.”

Day-trippers: stop that shit. Bussing in, hanging around for a few hours, and bussing out doesn’t mean you visited a place, it means you went on a field trip like a fucking middle-schooler. Take your time, slow down, spend some money, give something back, take away a little bit more of a memory.

Salzburg for Locals: Your no-bullshit guide to the real Salzburg

Americans – yes, that includes many of you exchange students here for a little longer – it’s OK to be loud… but maybe be a little less loud, a little less often. We know you’re here, usually from 100m away. It’s no coincidence that 9 times out of ten I have to yell out my window it’s to tell Americans to shut up.

The locals might act a little grumpy with you because 1) Austrian and 2) they deal day-in, day-out with clueless tourists they will never see again. Sorry. This is just the way it is. I will tell you an almost-truth about Austrians: they get much nicer after about the third time they see you. Or the third year. (Sorry, Austrians!)

“You know who had an original, romantic, wonderful idea? The first couple that decided to attach a padlock to a bridge and throw away the key.”

You know who had an original, romantic, wonderful idea? The first couple that decided to attach a padlock to a bridge and throw away the key. You know who had a terrible idea? Pretty much everyone who did it next. Hey, personal opinion.

Unless you really have problems walking – and many people do! – the funicular to the Festung (the ‘elevator to the castle’) is a spectacular waste of money. It’s gonna save you a 15 minute walk at best, which will probably do you good after all the schnitzel, coffee and cake. There’s an actual tip that’s not me being a little mean!

Now, if you’re local, and annoyed by the same things, that well, all of us are because they’re annoying, you might be silently nodding your head right now. Hold up, tho – I’m going to take us to task, too. Because a lot of the decisions made around here support the stuff that annoys us above – so, a couple thoughts on how we can ‘make this city as we like it’.

So back to the subject at hand: the complete ridiculousness of this list, and the burden foisted upon cities by ‘winning’ these things.

Clearly, we’re in a Catch-22. Tourism helps sustain this economy, and also impacting life greatly, often in a less-than-positive manner. Here’s some positive ways we can help

#1 Support the businesses that don’t rely on the tourists.

Yeah, it’s almost *always* easier to buy something on Amazon. And usually a little cheaper. And when Amazon’s the only option or the price is half the cost, who can we blame? But when it isn’t… walk out your door and head to the shop down the street. We’re lucky that the density of European cities is a strong defense against the Walmart Problem, but a quick walk down Schallmooser Hauptstrasse – just a couple hundred meters from Linzergasse – reveals empty storefronts.

50% of restaurants close within the first three years. You want something other than schnitzel and sausage? Spend the money, leave a tip!

Given the size of this city, the number of skilled workers – in almost every corner of industry! – is impressive. Whether you need someone to build you an app or fabricate metal, there is a solution nearby.

#4 Invite your friends to experience the city like you do

This is my favorite, best, and most useful travel tip of all time: go visit a place where you know someone. Not even well – maybe that old acquaintance from school, a business contact, someone you met on the internet that shares your hobby for train-spotting or bird-spotting or opera-spotting or whatever. Slow down and let the local show you around.

#5 Missing something? Make it happen

We need more people trying new things – or doing old things, well. Got an idea, a start-up, a product? DO IT. Let’s fill these empty stores with people doing things.

You’re probably wrinkling your nose at this – many of us do this stuff already. So if you do, we’re asking you to do it with intention. Life is comfortable here. It’s easy to sit around and complain. The tourism industry is hear to stay – but if we get this museum moving, growing, changing – then those tourists are going to fade into the background of a vibrant, living city that’s a pleasure to live in. And we won’t even have time or willpower to whine about the tourists. Ciao.

In 2013, Josh accidentally moved to Salzburg, despite having actually, literally, performed *in* his high school’s production of the-musical-that-shall-not-be-named. Writer, editor, immigrant or ex-pat depending on your politically-loaded definition of the term, and parent of two Austrian-American children. Writes in English because he’s just not very funny in German. Normally found anywhere serving not schnitzel (although to be honest, he rather likes a good schnitzel, and really enjoys Kasnocken.) 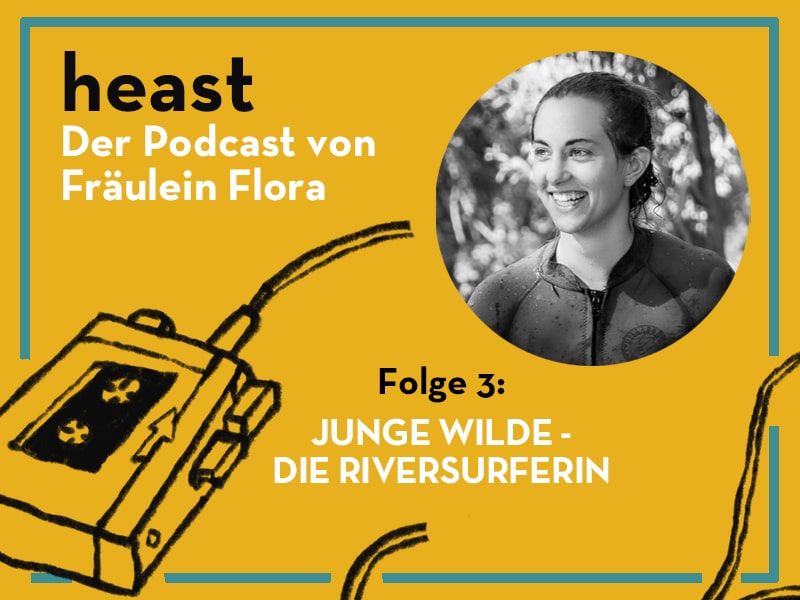 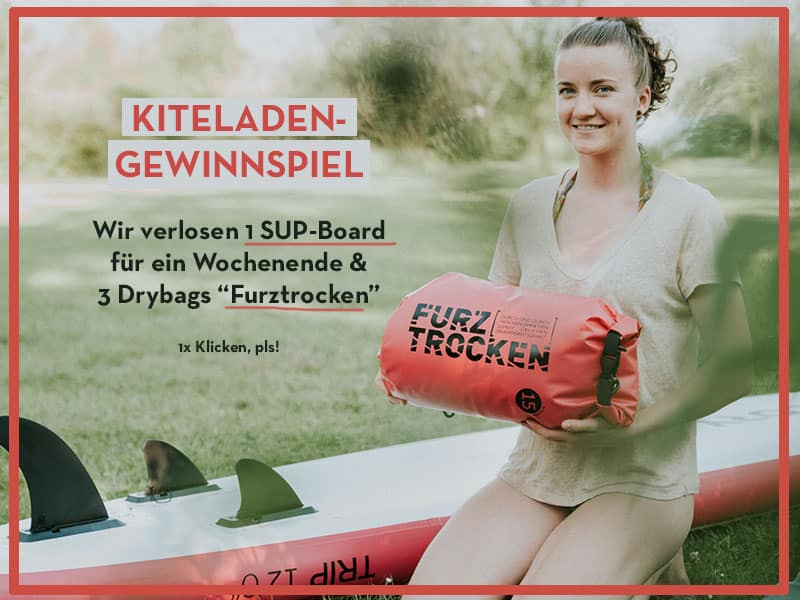